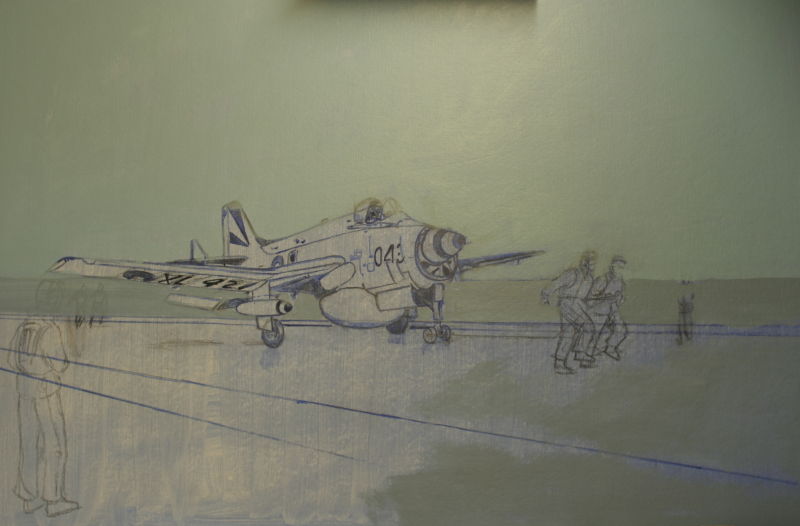 First layout
The idea for this painting came from reading "From the Cockpit 7 Gannet" by Simon Askins. It contained some terrific images including some that appeared to show two ground crew towing the aircraft whilst the huge contra rotating propellers were spinning. The gannet had no nose wheel steering and on tricky surface - such as a wet flight deck, handlers would fit a towing arm to the nose wheels and guide the a/c. They were only about 6 feet from the props. No HASW regs at work there!

I started work in January roughing out the idea and eventually came up with something that I thought might make a decent painting. I chose to paint an AEW3 of 849 NAS since the various squadron markings were so colourful and interesting. I knew that the Aviation Museum at Newark had one of these and would be a great reference source.

The first image shows my initial sketch of the aircraft. It's on a Daler board and has been pre painted using a mix of Prussian blue and white, really just to knock out the pure white of the canvas. A fairly detailed drawing of the a/c but just a rough for the figures. As you'll see things got changed around quite a bit over the next couple of months.
Next
Previous