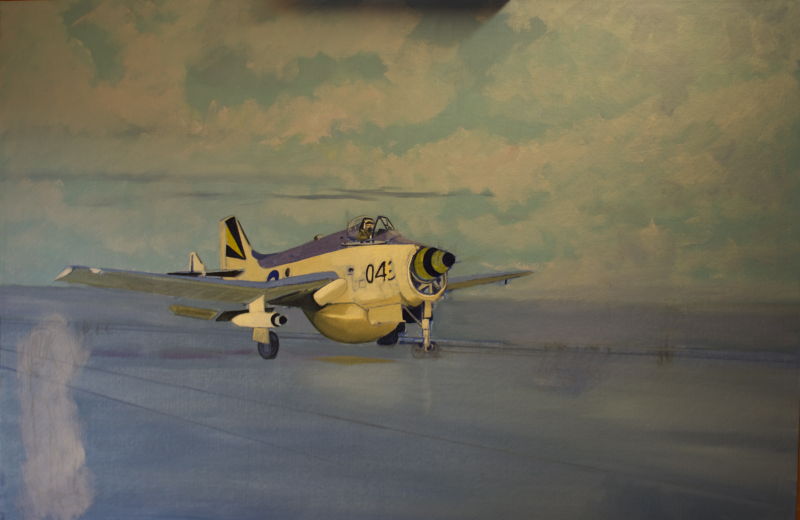 6 hours work to this point
I begin working with a little more paint and as you see the clouds have been blocked in. Some of the figures have disappeared, this doesn't worry me so much since I'm already thinking that their position will be changed.
I've moved to a Ultramarine Blue and Cadmium Red (with a little Titanium White) to block in the flight. deck. This same mix is used for the grey area on the fuselage of the a/c. The main body has been blocked in using Yellow Ochre and a tiny amount of Ultra towards the tail where I want a subtle shading to begin. Ultra, Cad Red and Burnt Umber are used for the black lettering and markings on the fuselage, tail and spinner. A tiny amount of Alizarian Crimson goes into the blue for the cloud base colour.
A diluted mix of Cadmium Yellow and Yellow Ochre is used to show where the bright yellow markings will eventually appear
Next
Previous